ALPHA EPSILON
Alpha Epsilon is a book about the future. The future in general, the future of society, but also the future of type design. The project makes use of various theories and methods, ranging from Aldous Huxley’s caste system of “New Brave World”, Donna Haraway’s “speculative fabulation” to science fiction and the “kinship of species”. The result is a work that deals with the questions of the future, draws on new technologies and, moreover, makes itself related to them. A 128-page publication contains a collection of typefaces created by means of artificial intelligence and their fusion with humans. The basis for the book and the experiment “Alpha Epsilon” is the novel “Brave New World”, written by Aldous Huxley in 1932, which deals with the rejection of feelings and the spirit of the individual in the pursuit of scientific truth. Civilized society in the “new world” is artificially created, conditioned and predestined, creating a rigid social structure. This social structure consists of five different “varieties” of human beings: Alphas, Betas, Deltas, Gammas and Epsilons. They were transferred to the fonts generated by artificial intelligence, thus creating a separate “world”. For a further evaluation of the fonts, a theory or a world of thought by Donna J. Haraway is used. With this “world” a deeper insight into the topic of artificial intelligence in connection with type design is given and beyond that an interaction is created. Following the principle of “sympoiesis”, a fusion between man and machine was achieved and five new fonts were developed based on the caste system. This joint work of computer and man was further analyzed and summarized in the book “Alpha Epsilon”. 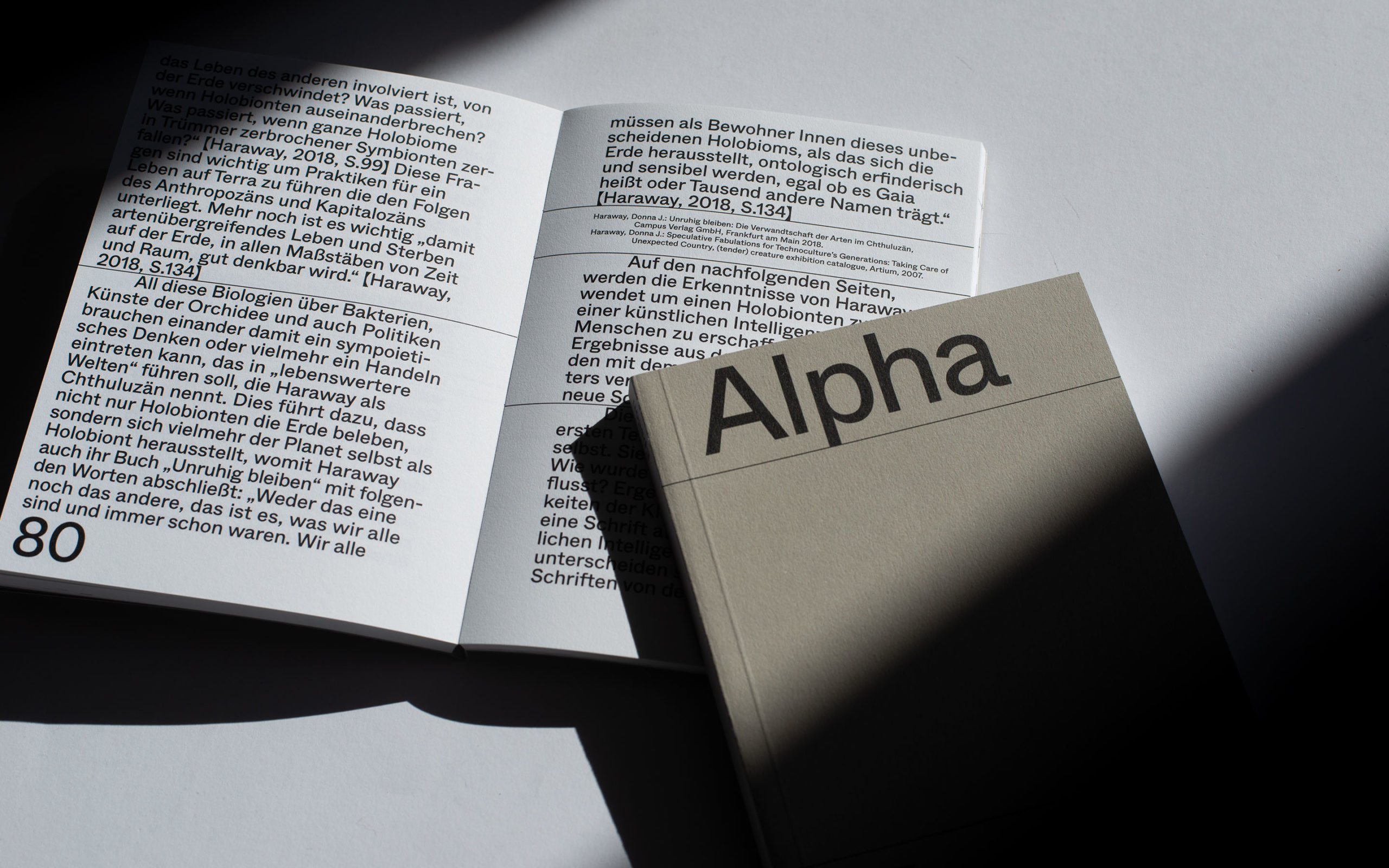 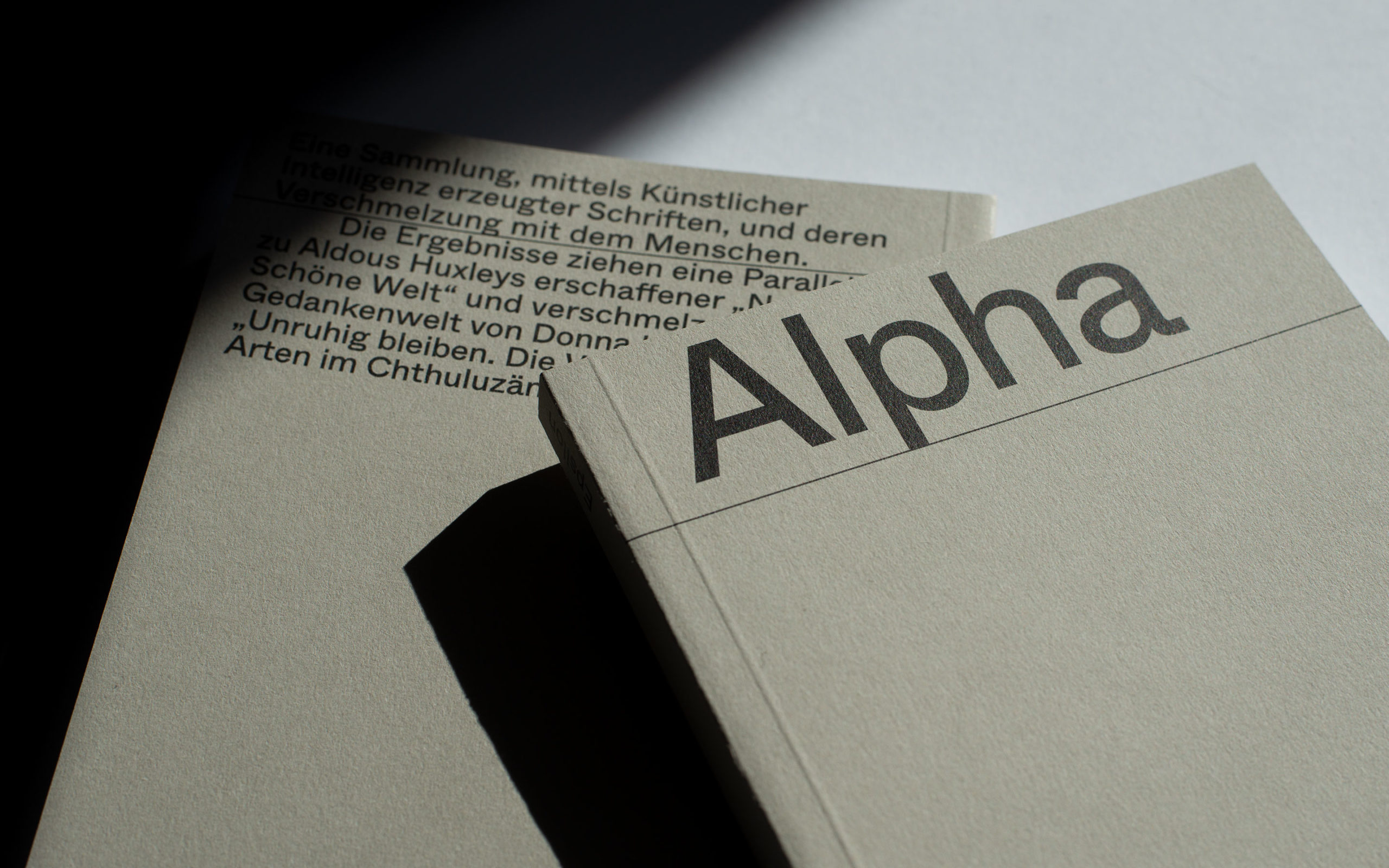 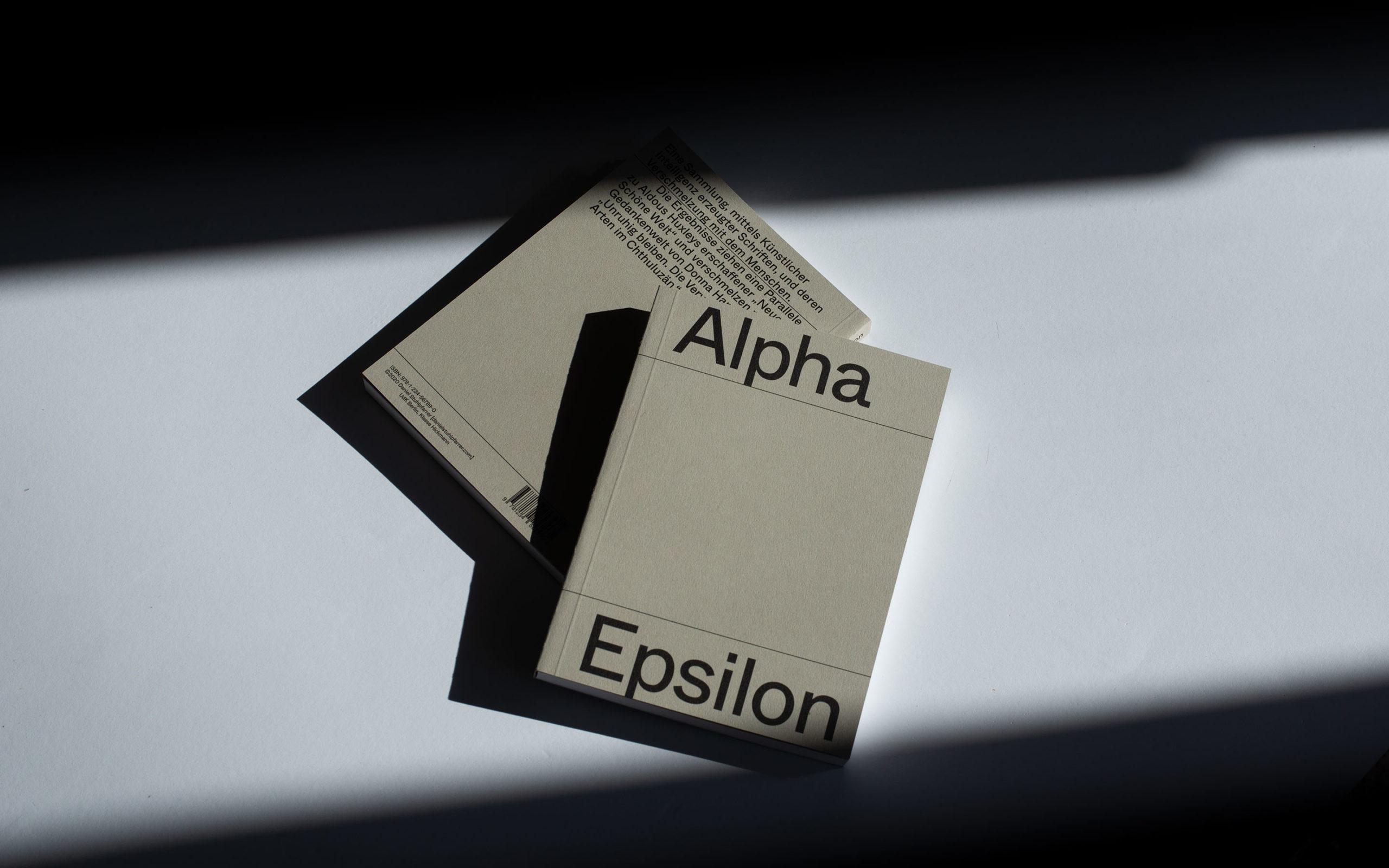 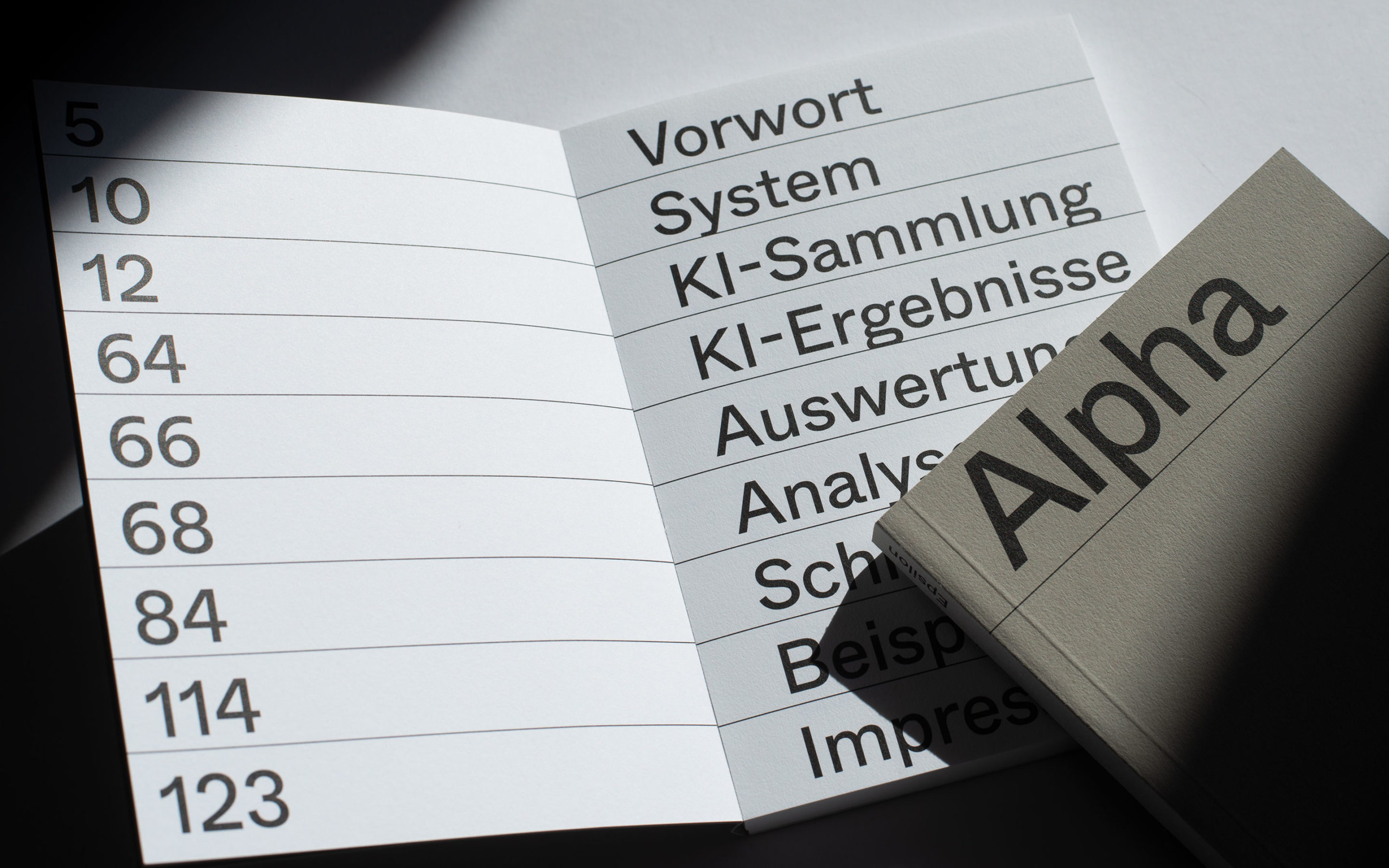 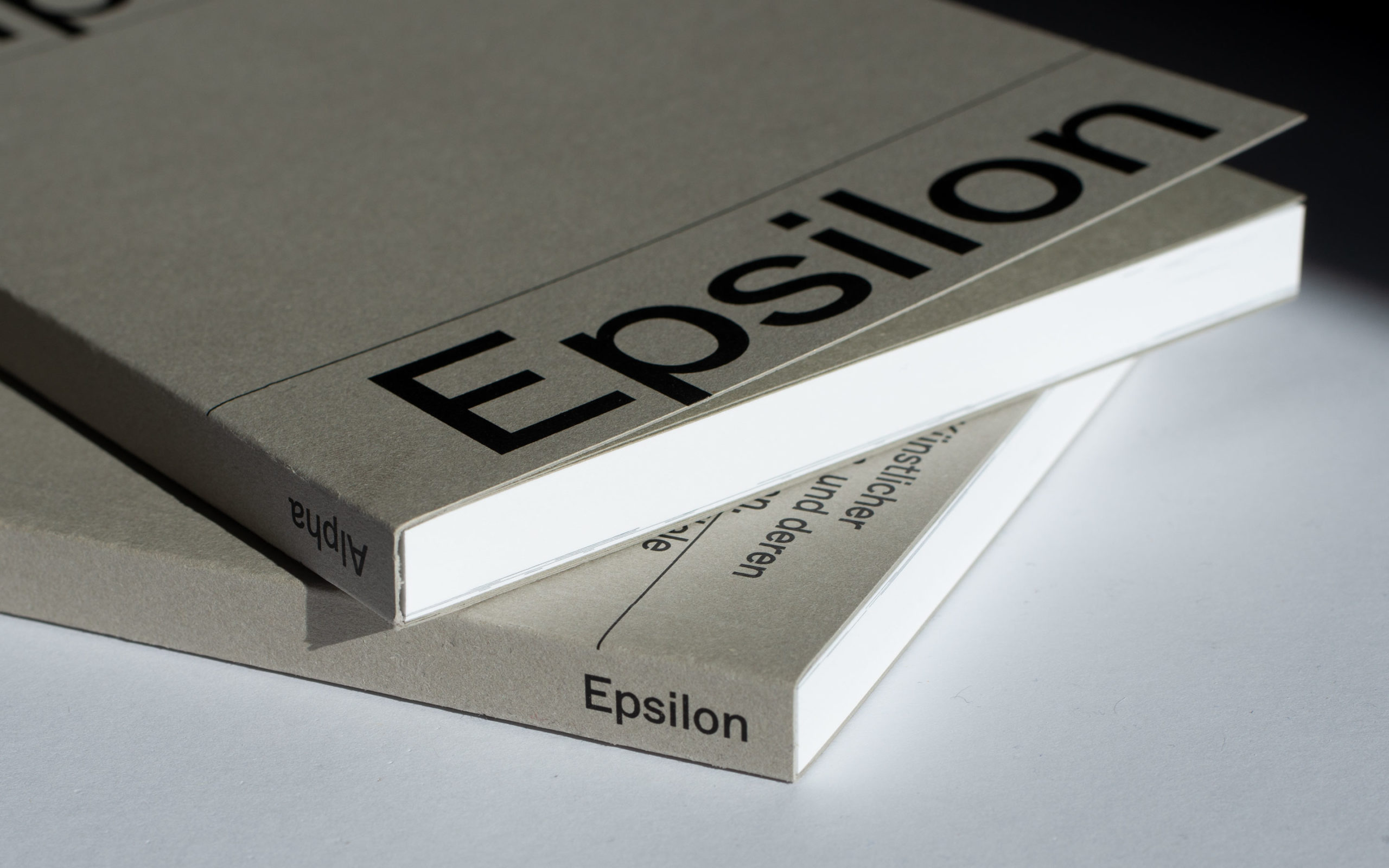 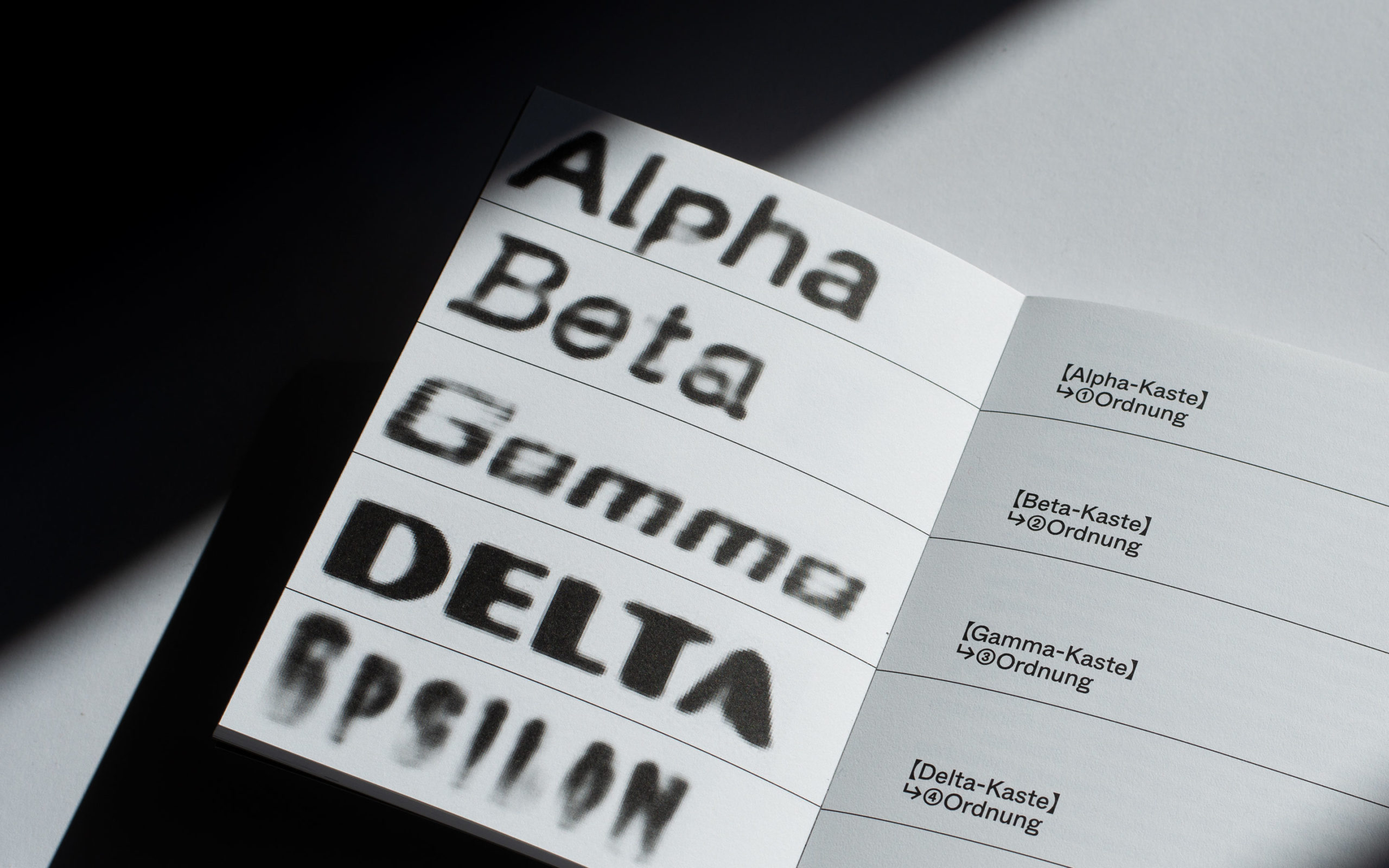 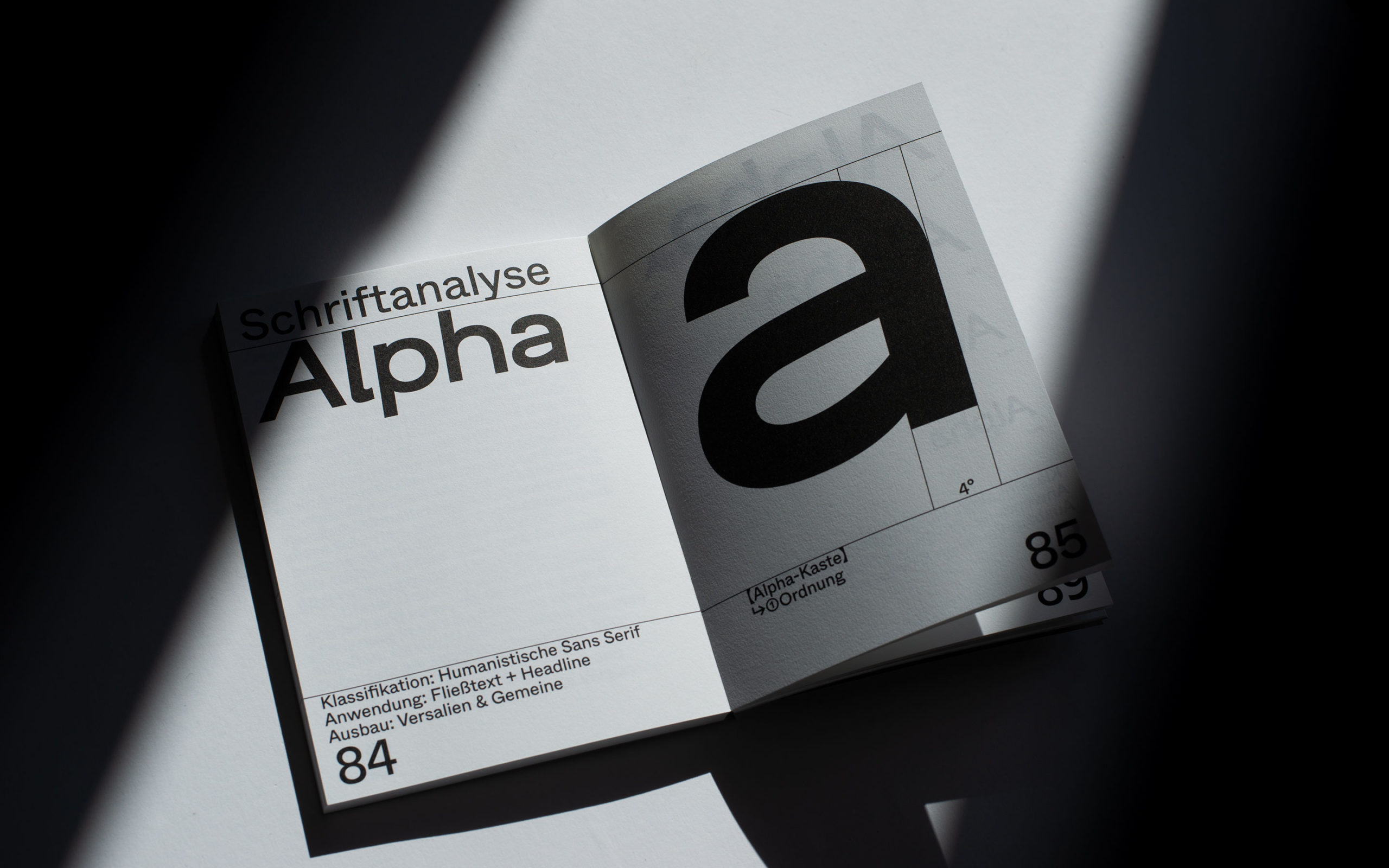 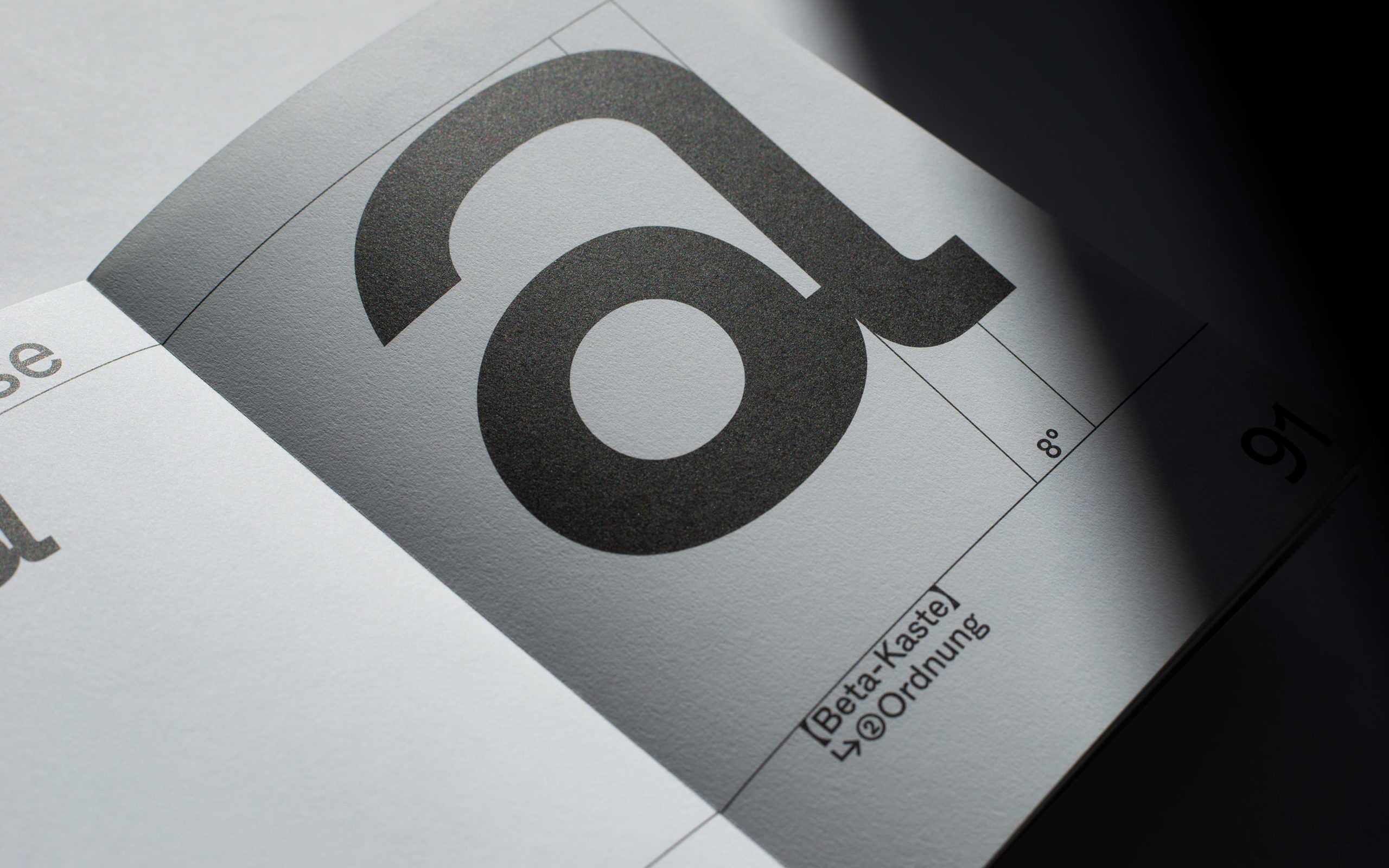 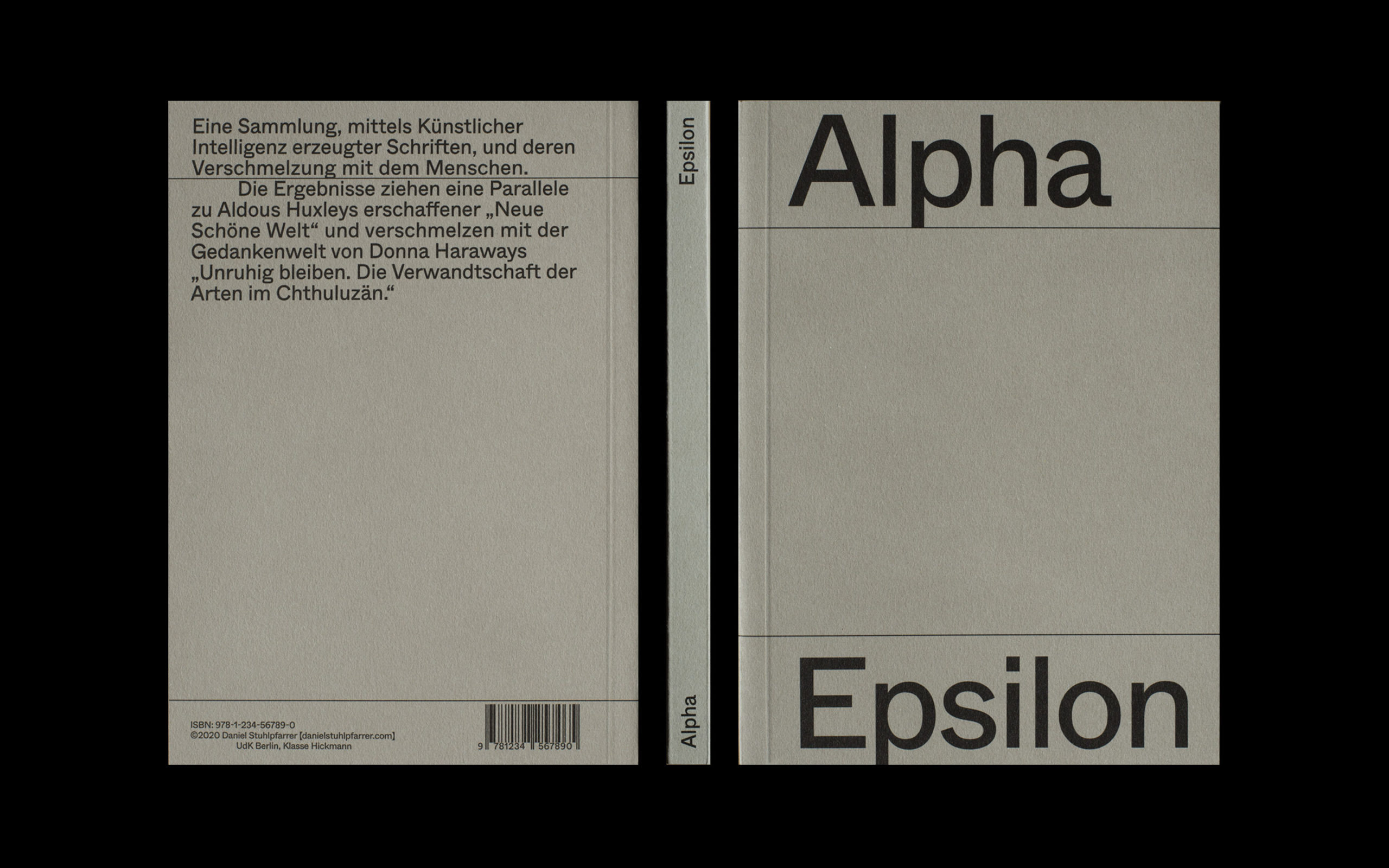 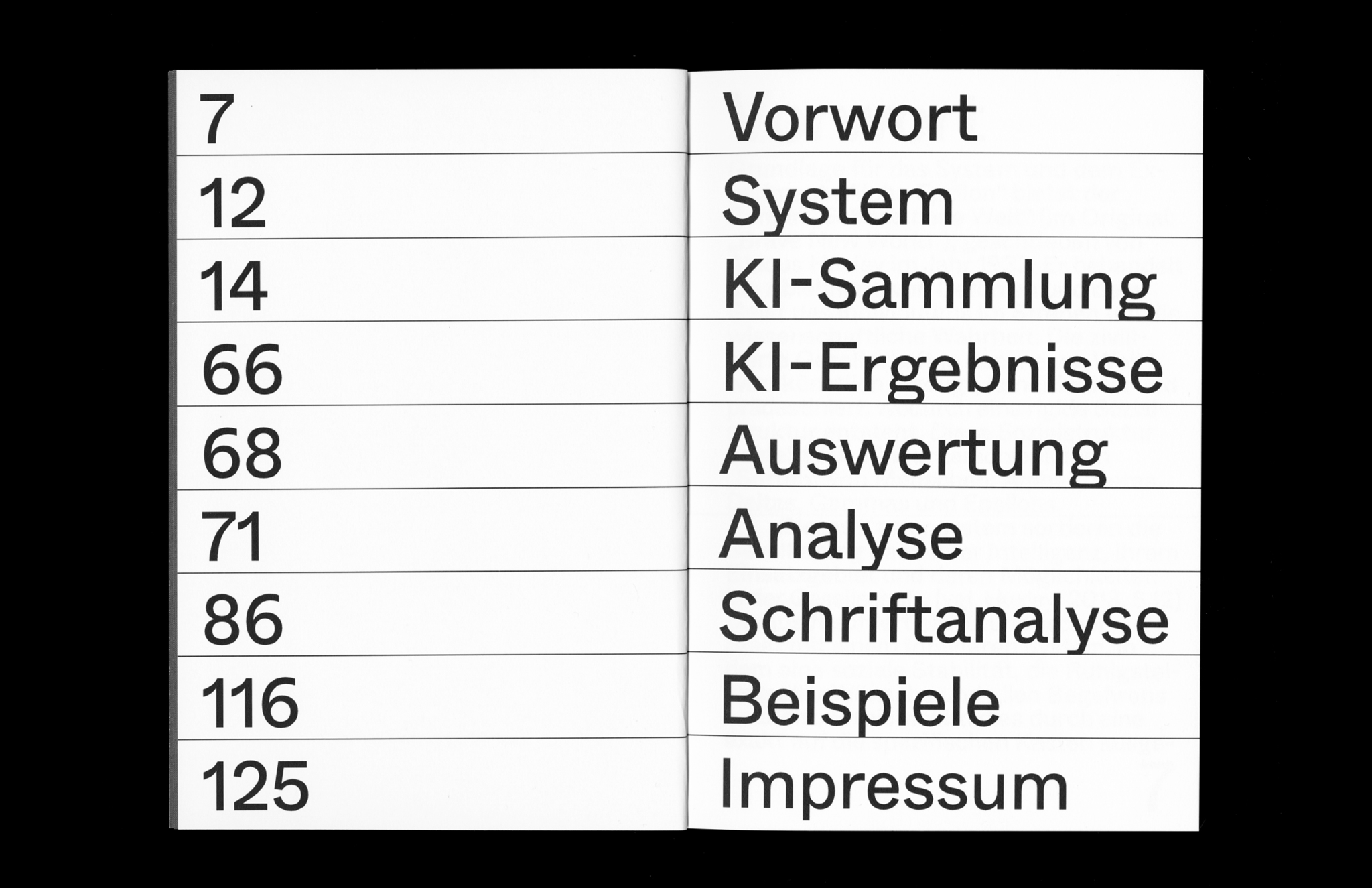 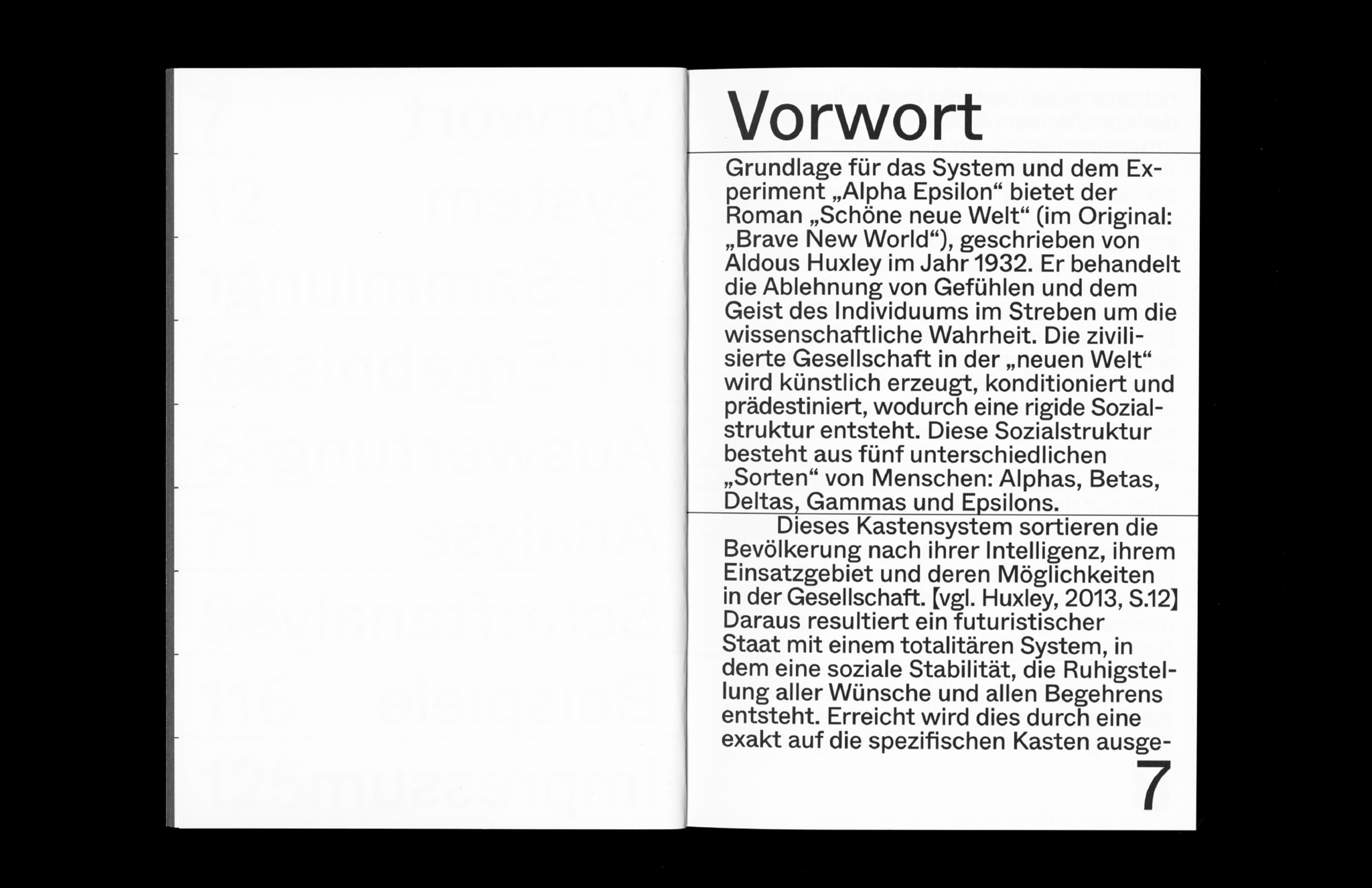 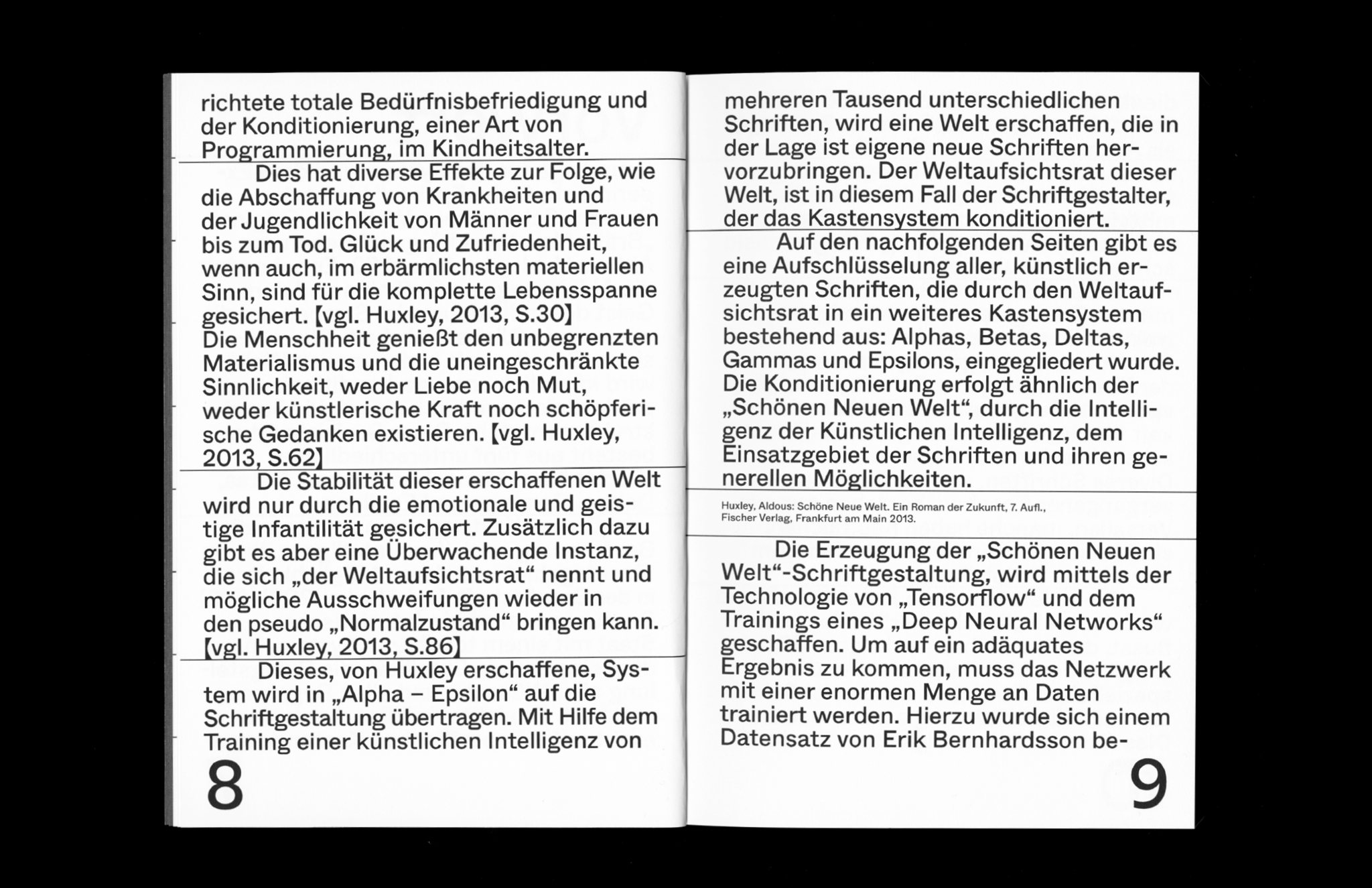 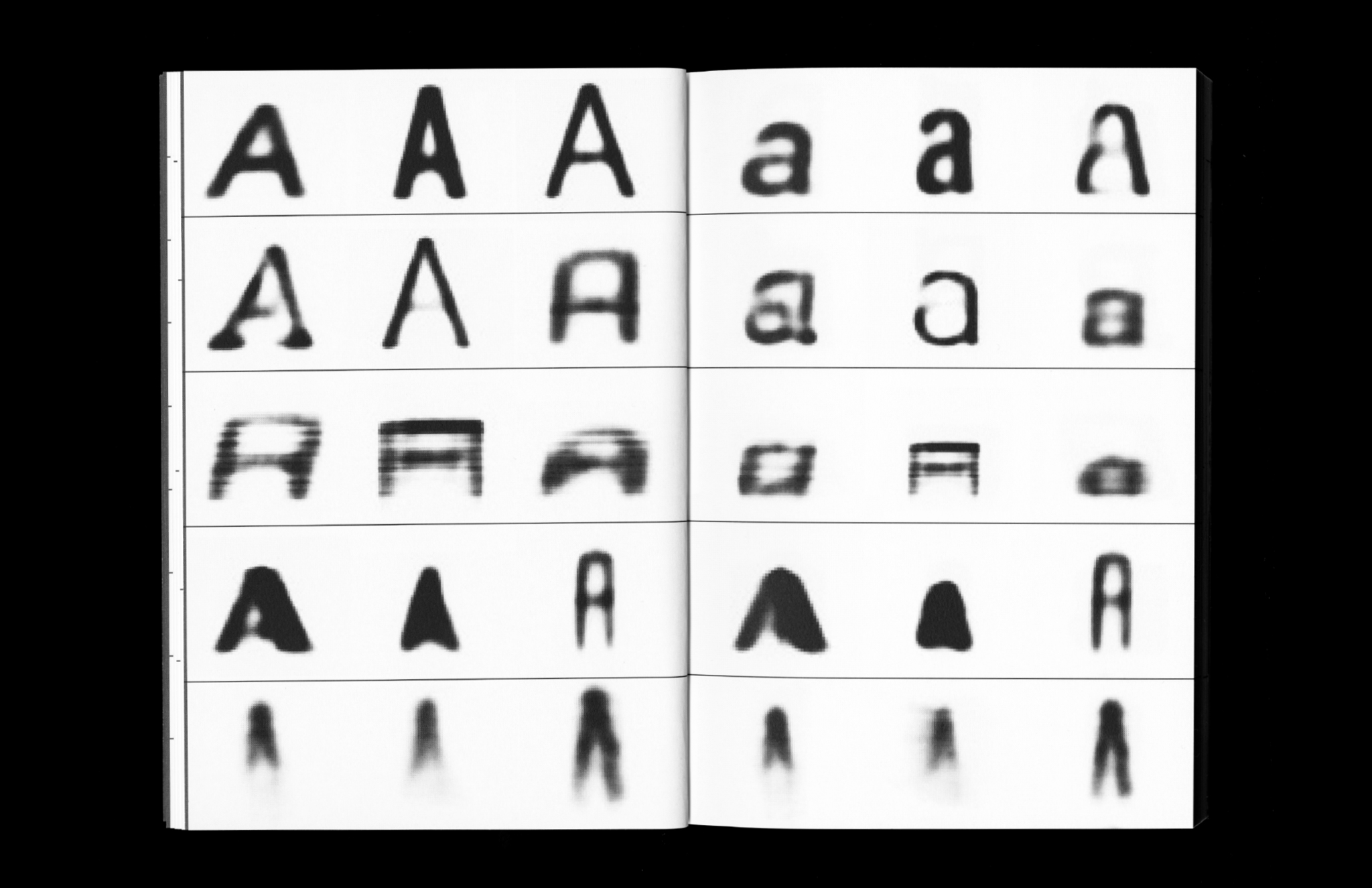 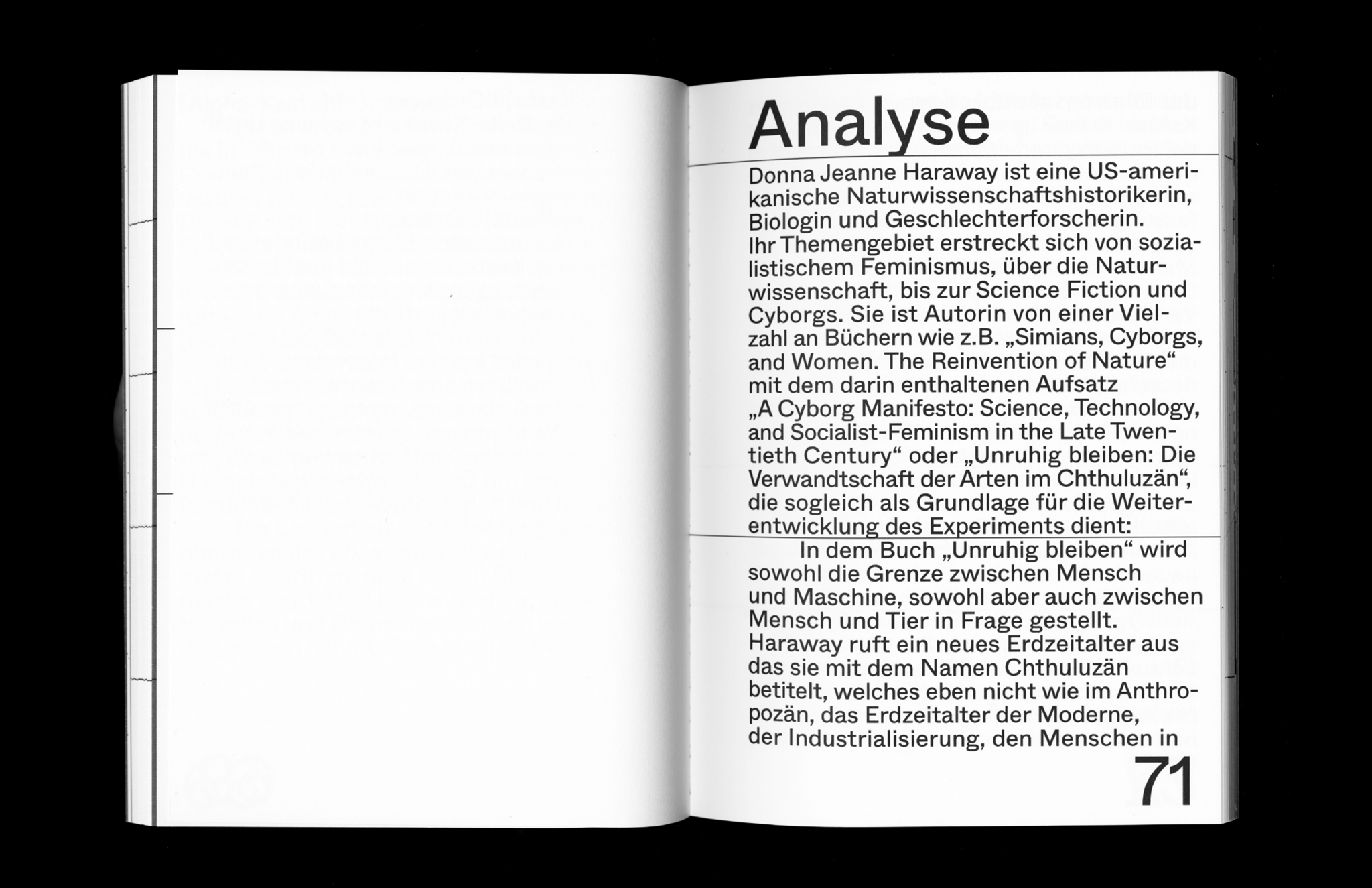 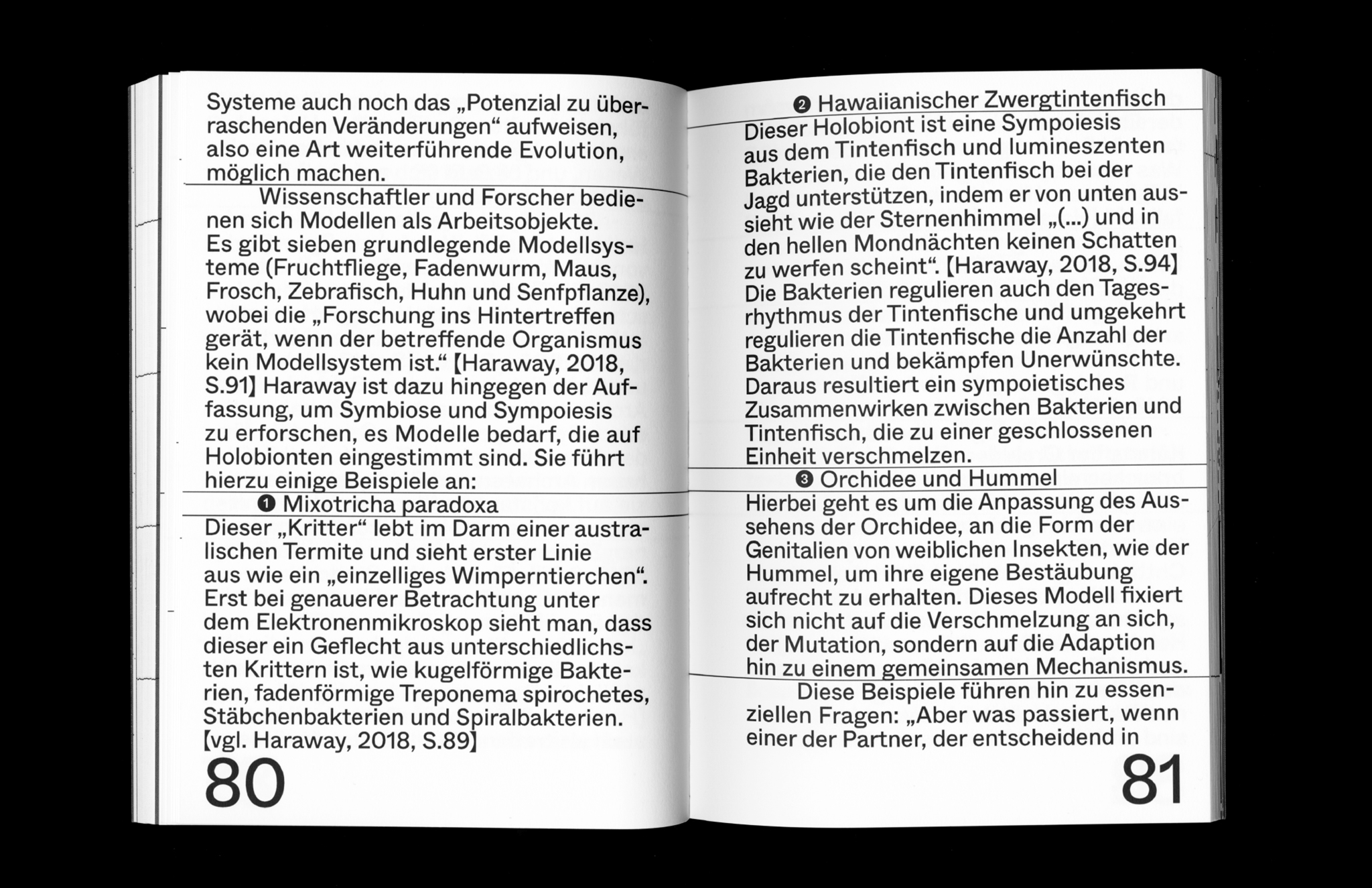 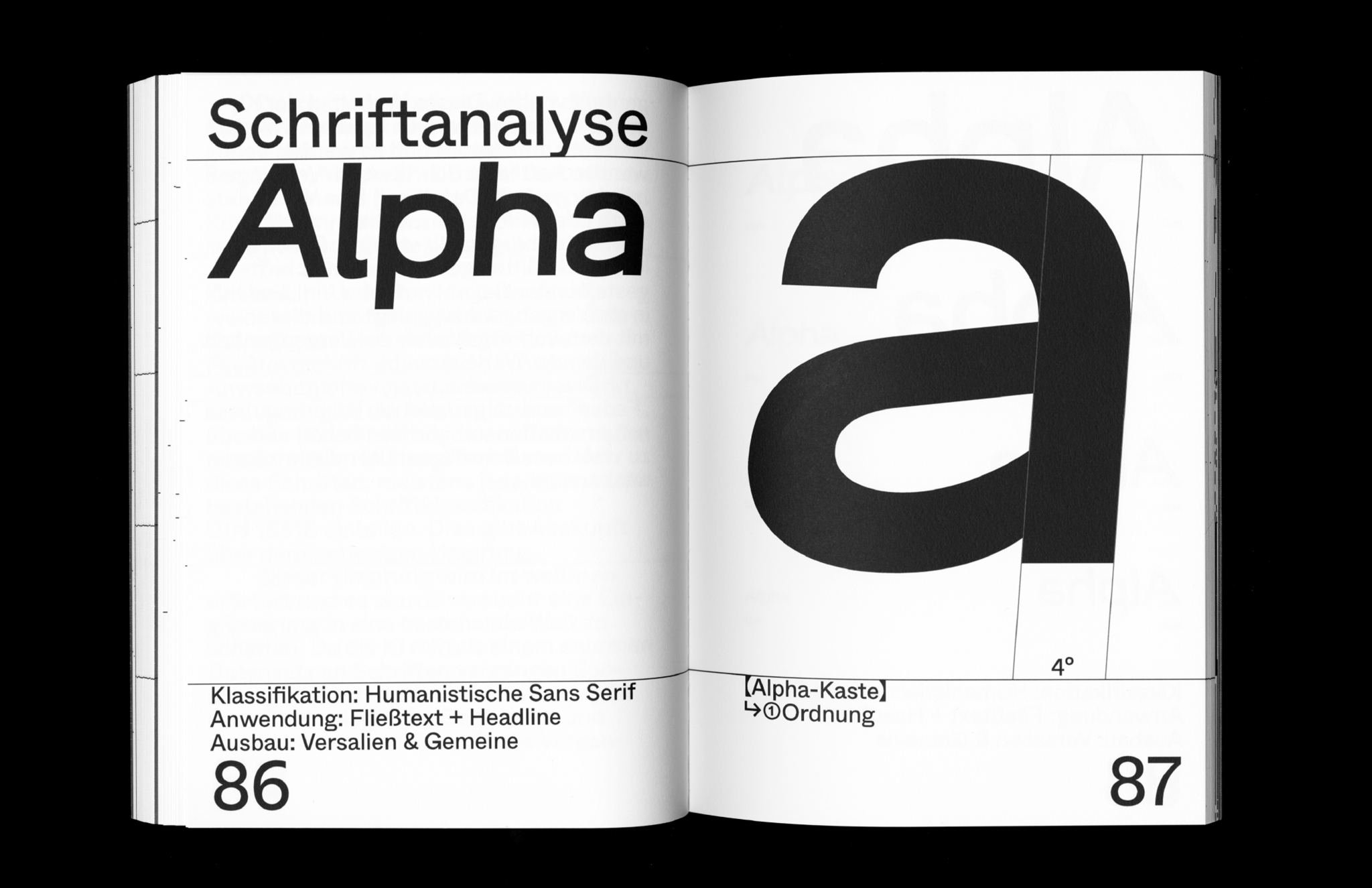 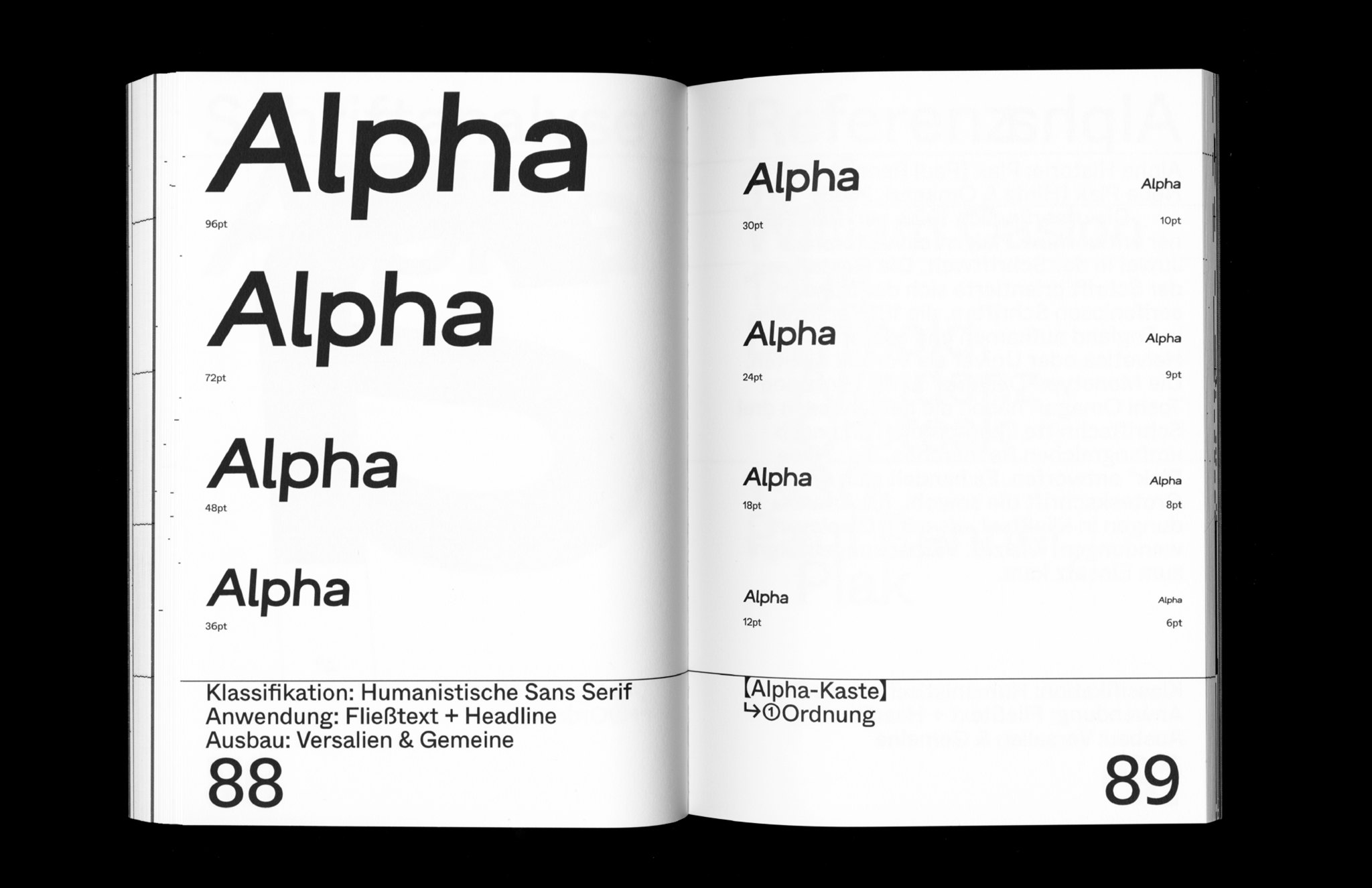 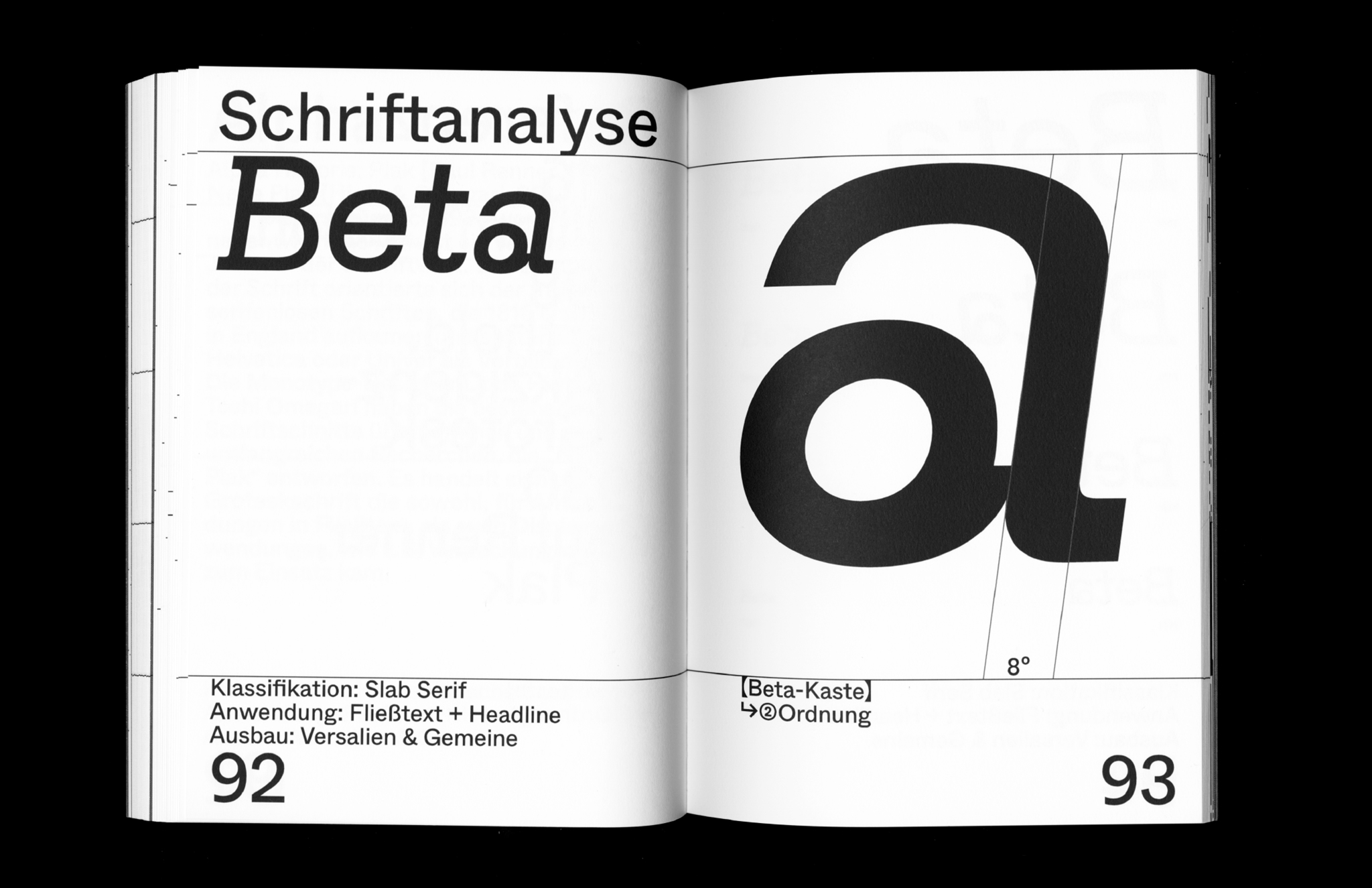 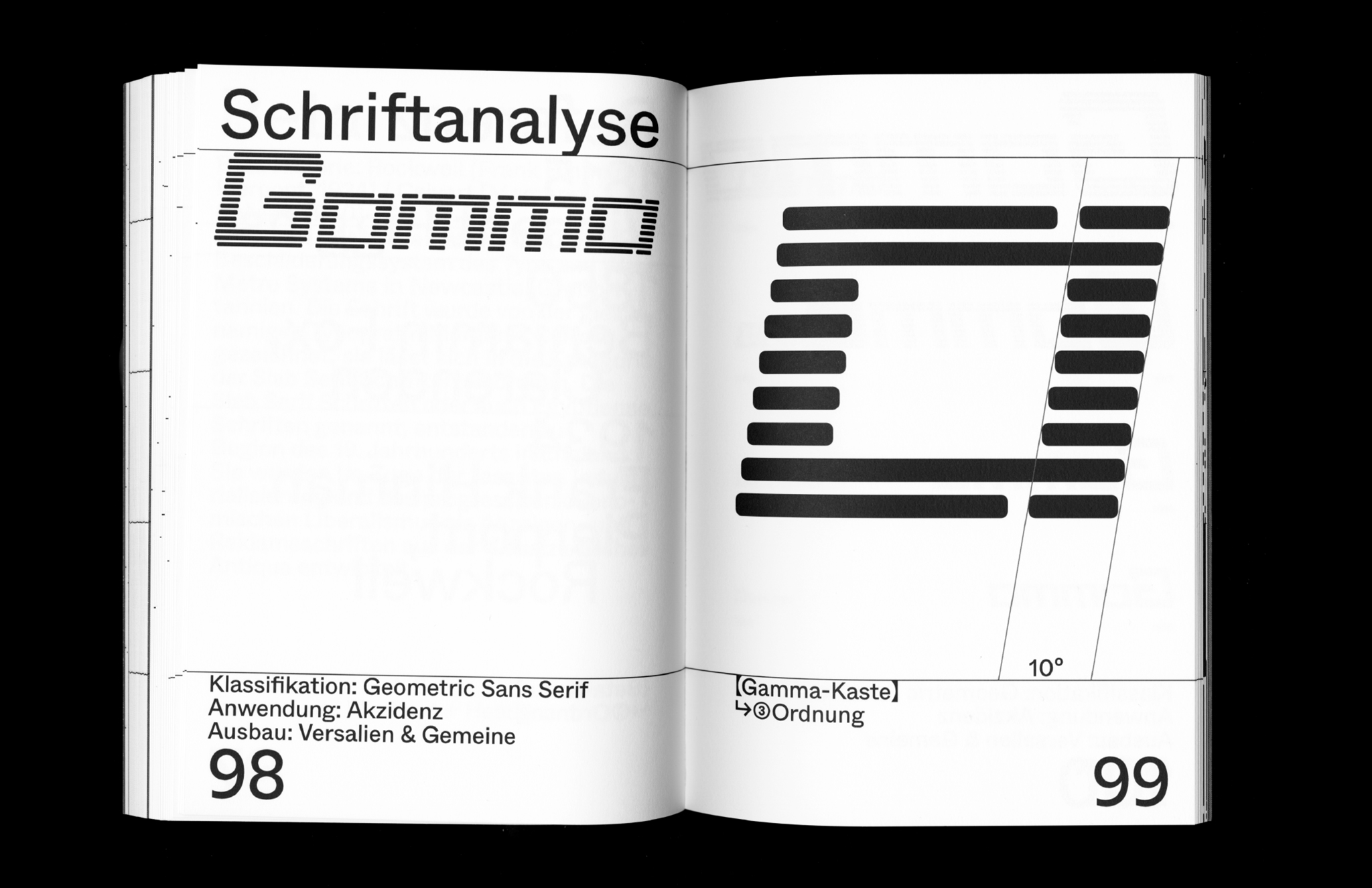 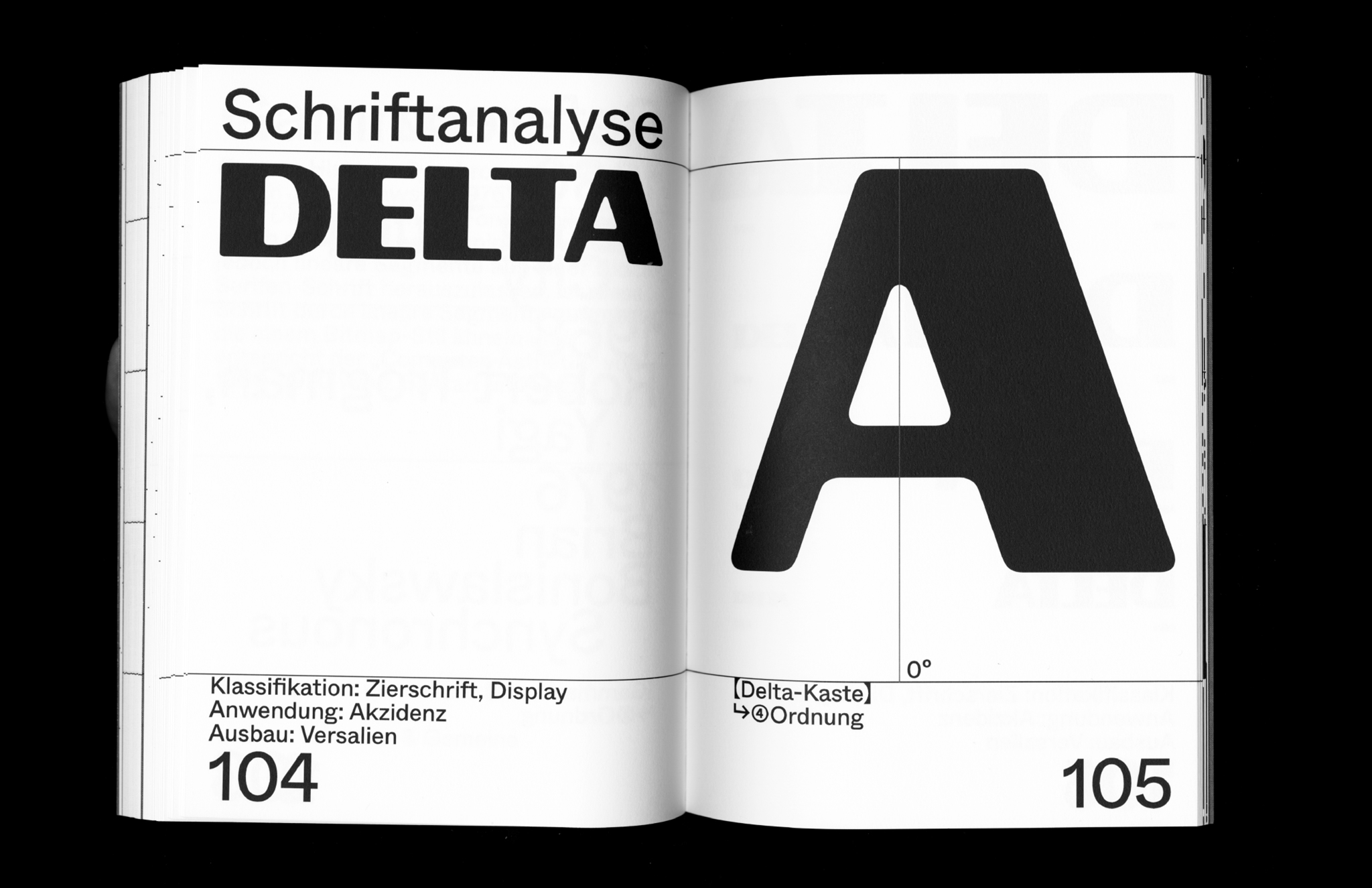 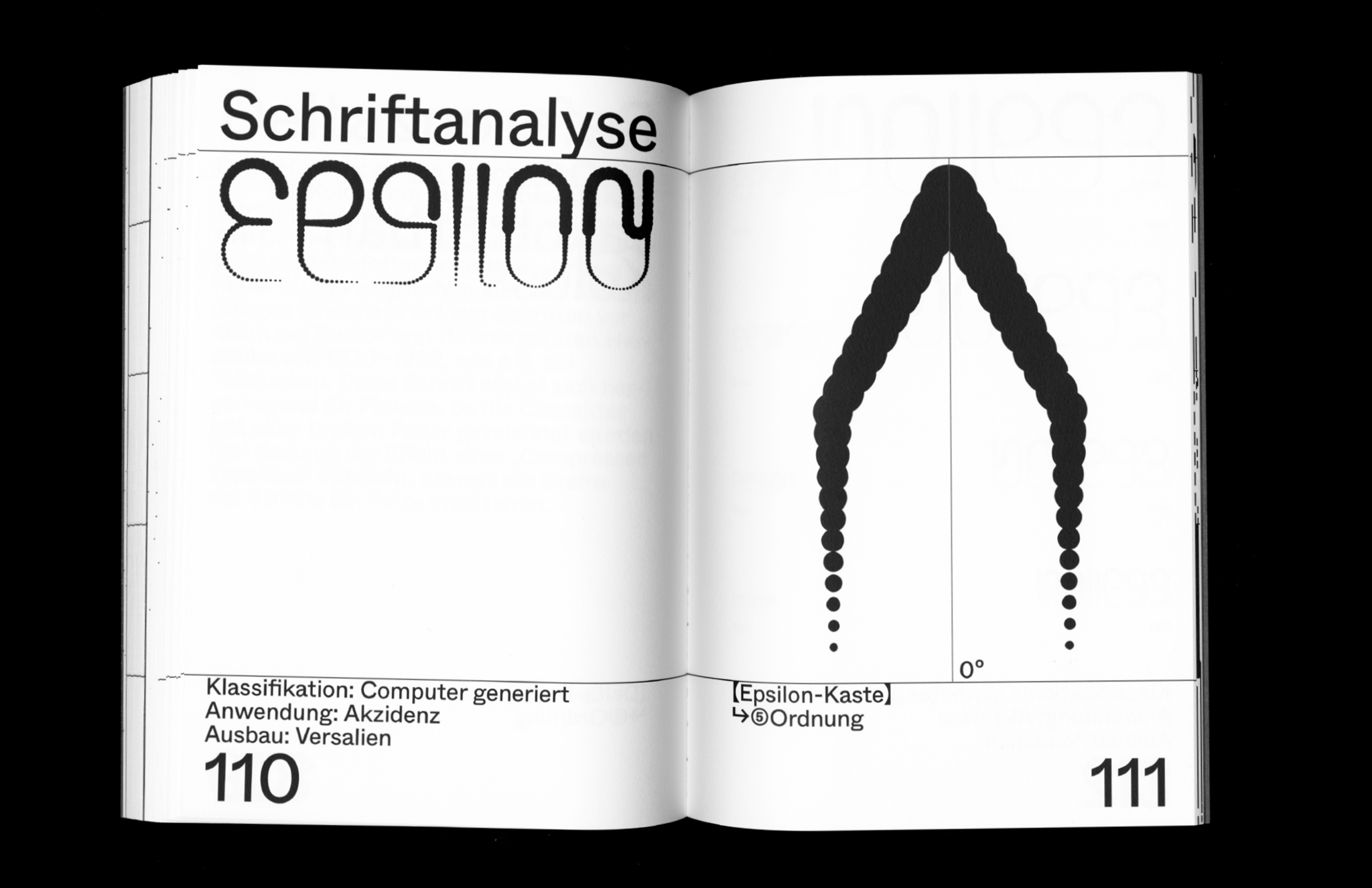